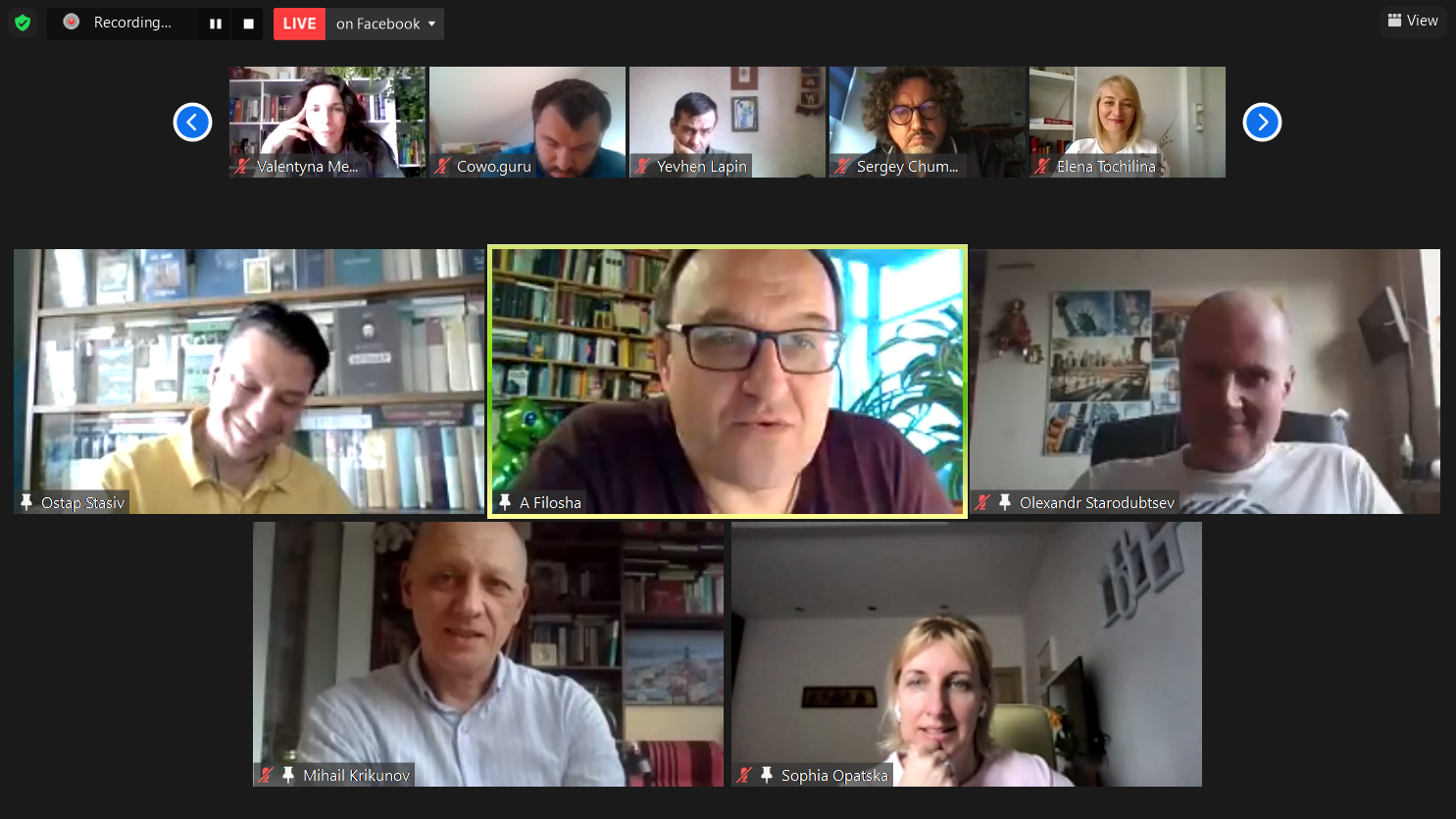 In our local event, participated ex-students of folk high school who gave a very experiential coverage of their studies; a director of Lviv Business School, Head of the National anti-corruption agency who also organized the Open Maidan University after the Revolution of Dignity and a philosopher renowned in Ukraine, Italy and Cambridge who gives lectures on Bildung – they were participating in a panel discussion on Why Ukraine needs Bildung; Irene Blageviche from Lithuania gave a deep lecture on the Bildung as an instrument of social transformations.

We had about 50 participants, and more than 600 with FB coverage.

Details about the Ukrainian local event

The example of Ukraine clearly shows how much the idea and values ​​laid down in Bildung are in demand in post-Soviet countries. Two years ago, when we first started our social activities, we were a group of enthusiasts, uniting 30 people. This year, in the local event of the EBD, about 50 people took part in the zoom session alone, and more than 600 watched the stream on the “Bildung in Ukraine” Facebook page.

In this event, we tried to show several important aspects – the importance of Bildung as a socio-transforming phenomenon, FHSs as one of the forms of implementation of the Bildung concept in practice and to consider the prospects for the development of the concept in Ukraine from a socio-political point of view and from the point of view of the main stakeholders.

Thanks to our Lithuanian colleague and partner Irene Pranskevichiute, we tracked down Aurimas Razanauskas, who has not only been a student of Danish and Swedish Folk High Schools several times, but also teaches there. On the advice of Aurimas, we tracked down a Ukrainian, Roman Lishchinsky, who studied at the Danish Folk High School – Silkeborg Højskole. Aurimas and Roman told about their experience very emotionally and with great enthusiasm.

Irena Pranskevichute (PhD student at Vilnius University) and Bil Torbert’s partner in promoting the concept of vertical development in the Baltic and post-Soviet countries, made a brilliant presentation of Bildung – the way to transformative education, showing a completely different horizon of the influence of the Bildung concept on human and society development, including  the pain points of the post-Soviet countries.

The panel discussion was devoted to the prospects for the implementation of the Bildung concept in Ukraine and the analysis of the interests of business as one of the key stakeholders of the concept. The discussion was attended by: the dean of the Kiev business school, Dr. Mikhail Krikunov, the dean of the Lviv business school and the vice-rector of the most progressive private Ukrainian university, Dr. Sofia Opatska, Doctor of Philosophy, lecturer at Cambridge University, author of the first course on Bildung at the Faculty of Philosophy of Kharkiv University, Dr. Alexander Filonenko; and Head of the Department of the National Agency for the Prevention of Corruption, one of the famous reformers in Ukraine, Alexander Starodubtsev. The discussion was moderated by the creator of the distance education platform, University of Maidan – Ostap Stasiv. The discussion turned out to be deep, with expressed doubts and deep analysis of some important aspects of the implementation of the concept in Ukraine.

We ended the local event by studying and discussing the Draft Manifesto. This part was led by Mikhail Krikunov.

Numbers for our event:

Better Bildung. Better Future. We honestly believe in that: The world would be a wiser, safer, more friendly, sustainable, and meaningful place with more bildung. It would also allow us to create a metamodern future that unites the best from the past and the present.